Hello and welcome to the Boston Harold Video Podcast.

It was an honor to speak with Mr. Kaukonen, someone whom I've admired since the early 1970s. When Jorma appeared on my Zoom feed for the interview, he immediately put me at ease. This was one of the most enjoyable interviews I've ever conducted. 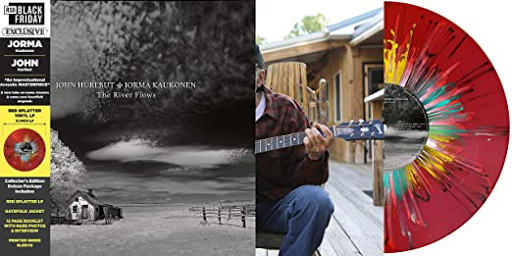 Jorma was up for anything, so not only did we discuss some of his current projects (The new album The River Flows with John Hurlbut, the Fur Peace Ranch, his Quarantine Concert Series on You Tube, and his Psylodelic Gallery), but we also took a deep dive into the past. Jorma talked about the Airplane, Tuna, jamming with Little Richard and Carlos Santana, hanging with Paul McCartney c. 1966, playing a rooftop gig just weeks before the Beatles did, touring with Bob Dylan in 1999 as part of Phil & Friends, recording with Al Schmitt (Sam Cooke, Frank Sinatra, Barbra Streisand, Neil Young's On the Beach, and Bob Dylan's standards albums), rocking the Suffolk Forum (a.k.a. the Commack/Long Island Arena) in the 70s, and the GOP coopting a legendary 1969 album cover image. ("Paul (Kantner) would have loved that!")

As long as my lettuce is crisp"

Popular posts from this blog

Has the tracklist for the Beatles' "Get Back" box set been posted?

A potential track list for the postponed box set from the Beatles, expected to coincide with the  upcoming 2021  Get Back documentary, has apparently been hiding in plain sight on Spotify. A list of Beatles songs from the Let It Be/Get Back  era, titled "1969 Sessions," posted last December, has been noted by the Blue Mountain (@mojd) and the Nothing Is Real Podcast (@BeatlesPod) on Twitter. As remarked by the folks at @BeatlesPod, since the audio is not currently available for listening, it could have possibly been available briefly late last year to protect the intellectual property under the European 50 year copyright law. It could also be a hint what is planned for the upcoming box set.  The movie was set to premiere this week, but in the wake of the Covid-19 pandemic, it has been postponed to next summer. Below are screen shots from Spotify: P.S. I would highly recomment the Nothing Is Real Podcast.
Read more

BOB DYLAN CONFRONTS HIS OWN LEGACY ON “ROUGH AND ROWDY WAYS” BOB DYLAN CONFRONTS HIS OWN LEGACY ON “ROUGH AND ROWDY WAYS” “The only thing worse than being talked about is not being talked about” - Oscar Wilde In “I Contain Multitudes,” the opening number on his new album, Rough and Rowdy Ways, Bob Dylan tells us something we already know. He is a man of contradictions, which he has previously attributed to his astrological sign, Gemini. In interviews, when asked about anything, his answers, like his songs, are almost always a surprise, coming out of nowhere, and heading somewhere unexpected. Offbeat observations and suspicious disclosures. Has he ever uttered the phrase, “Yes, I agree with you?” If he has, would he have been putting us on? When he is praised, he deflects. When imitators steal him blind, he is not flattered. On this song, and album, Dylan finally owns up to his own legacy. Rough and Rowdy Ways, like much of Dylan’s output, is a protest album. What’s he protestin’? Whadaya got? Twenty years ago, if not 50, Bob Dylan had already r
Read more 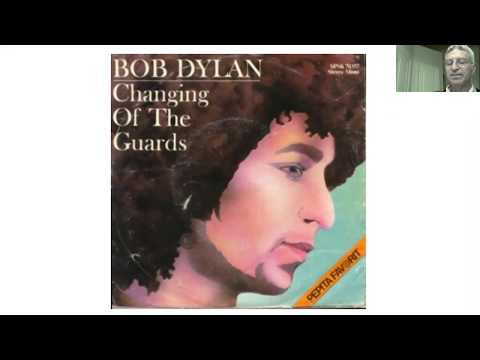 Bob Dylan, "STREET-LEGAL," and the Ghost of Elvis  by Harold Lepidus. #WOBD2019 A recreation of my presentation at  THE WORLD OF BOB DYLAN SYMPOSIUM,  Tulsa, OK, May/June, 2019.  Please share and subscribe ...  Credit: SONY Thanks! https://www.youtube.com/watch?v=SdNJkersUFM&feature=youtu.be
Read more