May 25, 2022
PRESS RELEASE | LONDON | FOR IMMEDIATE RELEASE: 25 MAY 2022
Will Present
A FIRST IN MUSIC HISTORY:
Bob Dylan’s
First New Studio Recording of “Blowin’ In The Wind”
Since 1962
Produced by T Bone Burnett Utilising
Groundbreaking Patented Technology to Create a
One-of-One Ionic Original Disc
In London on 7 July 2022
During
*** Exclusive In-Person Listening Experiences ***
To Take Place in
Los Angeles, New York and London
London – Christie’s will auction Bob Dylan’s first new studio recording of “Blowin’ in the Wind” since 1962, from a special session with multi-Grammy winning producer T Bone Burnett, on the recently announced groundbreaking Ionic Original disc. The first recording to utilise his patented technology from Burnett’s company, NeoFidelity, Inc., this unique lot will be offered in The Exceptional Sale on July 7 as a highlight within Classic Week London (estimate: £600,000-1,000,000). A first in music history: this opportunity to acquire a new recording of Bob Dylan’s seminal song is a landmark moment and Burnett notes that the technology used to create the Ionic Original disc “advances the art of recorded sound and marks the first breakthrough in analog sound reproduction in more than 70 years, achieving dramatic improvements in listening experience and durability.” The auction of this historic lot – in Bob Dylan's 60th anniversary year as a recording artist – presents a unique opportunity for international collectors, music fans, historians, aficionados and audiophiles. Exclusive in-person listening experiences of the “Blowin’ In The Wind” Ionic Original will take place in advance of the auction: by-appointment in Los Angeles (8 June) and New York (15 June) and as part of the public pre-sale exhibition in London (2-7 July).
ONE-OF-ONE IONIC ORIGINAL DISC
BOB DYLAN’S  FIRST NEW STUDIO RECORDING OF “BLOWIN’ IN THE WIND” SINCE 1962
ESTIMATE: £600,000-1,000,000
Peter Klarnet, Christie’s Senior Specialist, Americana, Books and Manuscripts commented: “Christie’s is excited to be offering this unique recording of Bob Dylan’s ‘Blowin’ in the Wind’, one of the most important songs written in the last century, on this groundbreaking new ‘Ionic Original’ format. I very much share T Bone Burnett’s passion for the sonic excellence of analog sound and it is fitting that this important development is being offered as a stand-out lot in The Exceptional Sale, London on 7 July 2022.”
T Bone Burnett, Founder of NeoFidelity Inc. and multi-Grammy-winning producer, commented:  “Sixty years after Bob first wrote and recorded ‘Blowin’ In The Wind’, he is giving us a new recording of his song; one that is both deeply relevant for our times and resonant with decades of the artist’s life and experience. We’re grateful to Christie’s for their belief in the ‘Ionic Original’ and for presenting Bob’s masterful recording to the world in a unique and meaningful way.”
This year marks not only the 60th anniversary of Bob Dylan as a recording artist, but of one of the most iconic and profound songs written in the last century, “Blowin' in the Wind.” Debuted on the diminutive stage of Gerde's Folk City in Greenwich Village in April 1962, Bob Dylan's “Blowin' in the Wind” was an instant classic, and is today woven firmly into the fabric of American culture.
Dylan first recorded the song for Columbia on 9 July 1962 for his second album, The Freewheelin' Bob Dylan. He entered the studio again in 2021 to re-record the song with his friend, Joseph Henry ‘T Bone’ Burnett III, the Grammy and Oscar winning composer, musician and producer. Unlike Dylan's 1963 release which achieved platinum status, only a single copy of this new recording of “Blowin' in the Wind” will be offered on the groundbreaking new audio medium: Ionic Original.
The cultural impact of “Blowin' in the Wind” cannot be overstated. Covered by hundreds of artists since the words and music first appeared in print in May 1962, the song not only brought Bob Dylan to the world stage, it gave new voice to the burgeoning social movements of the 1960s.
Multiple Grammy and Oscar winner Joseph Henry ‘T Bone’ Burnett is a producer, musician and songwriter. Burnett most recently released Acoustic Space, the first full-length instalment in The Invisible Light trilogy, an experimental song cycle which explores the idea that society has been subject to a programming pandemic which is causing us to lose our ability to differentiate fact from fiction. Burnett also composed and produced the music for critically acclaimed HBO series True Detective, and his film work includes the five-time Grammy winning soundtrack for O Brother, Where Art Thou?, The Big Lebowski, Cold Mountain, The Hunger Games, Crazy Heart and Walk The Line, among others. He has collaborated with numerous artists including Bob Dylan, Elvis Costello and Roy Orbison, and won Album of the Year and Record of the Year Grammy Awards for Robert Plant and Alison Krauss’ Raising Sand.
NOTES TO EDITORS:
About NeoFidelity Inc. and the Ionic Original
NeoFidelity Inc. has been formed to develop and commercialize a new recording technology. Ionic’s patented technology leverages advances in nanotechnology, material sciences and materials to develop a new physical audio format in which purpose-engineered coatings and underlying composite polymers are applied to a traditional acetate substrate specifically designed for the superior reproduction and preservation of analogue sound.
Playable on existing and commonly available vinyl playback equipment, this new hybrid technology yields the “holy grail” for recording artists and audiophiles: a single format that can offer superior sound reproduction, foreign particle resistance, durability, excellent signal-to-noise ratio, longevity, portability, compatibility with existing playback equipment.
The Ionic Original is a one-of-one, hand-made, collector’s edition master recording, specifically arranged and performed for each individual recorded disc by the artist.

Popular posts from this blog 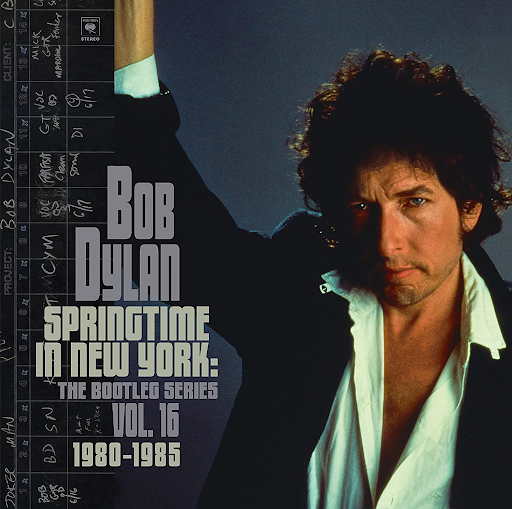 (Sony Legacy) What follows is my review of the newest installment of Bob Dylan’s Bootleg Series -Volume 16 - Springtime in New York … out September 17.  (bobdylan.com ) It’s a five disc set covering the first half of the 1980s, and it’s basically divided into three sections related to three albums. The first two discs (from 1980-81) begin with the end of the SAVED era but focuses on the sessions for the 1981 album SHOT OF LOVE. Discs three and four document the sessions for his 1983 album  INFIDELS, and the final disc takes us on a journey from the unfairly neglected Real Live to 1985’s EMPIRE BURLESQUE.  Trailer First I’d like to place this set in perspective. It’s been 30 years since the first Bootleg Series was released. The1991 box set was jointly presented as volumes 1, 2 and 3. It was a massive collection of tracks which was released to compete with Dylan’s legacy, and his own commercial currency, which was at a low point at the time. Unsure what to do with a living legend,
Read more

Carla Olson behind the scenes at Dylan's "Sweetheart Like You" video, new Gordon Lightfoot tribute, hanging with Jimi, jamming with Mick Taylor, more

Still from "Sweetheart Like You" video (Bob Dylan VEVO)   Hello and welcome to the Boston Harold Video Podcast.  Carla Olson interview, September 7, 2021 ( If  not available, click here ) My special guest today is singer, songwriter, guitarist, and producer Carla Olson. Among her credits are starting two bands with future Go-Go’s bassist Kathy Valentine, forging her own career with the Textones, appearing in Bob Dylan’s 1983 video for “Sweetheart Like You” (miming Mick Taylor’s guitar solo), then covering “Clean Cut Kid” (with Ry Cooder) one year before Dylan released it.* Olson went on to record with Taylor, and has collaborated with many other artists over the years, including Gene Clark and John York of the Byrds, Percy Sledge, Ian McLagan (who played, along with Taylor, on Dylan's 1984 European tour), the Electric Flag’s Barry Goldberg, John Fogerty, lyricist Pete Brown, Joe Louis Walker, Manfred Mann’s Paul Jones, Allan Clarke of the Hollies, Don Henley, and Poco’s R
Read more